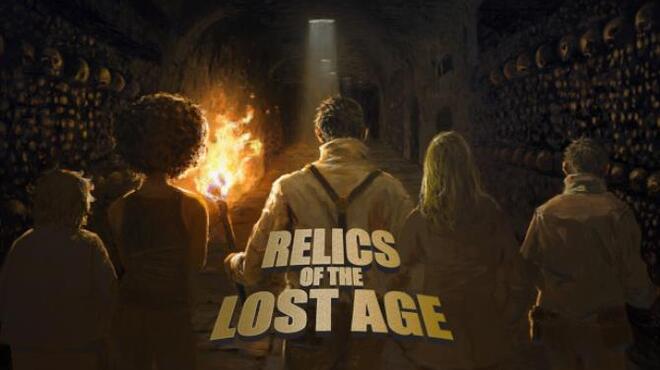 The Nazis are on the trail of six ancient magical artifacts powerful enough to crush all opposition and conquer the world. But they didn’t take one thing into account: you.

Relics of the Lost Age is a swashbuckling 350,000 word interactive adventure novel written by James Shaw, where your choices control the story. It’s entirely text-based, without graphics or sound effects, and fueled by the vast, unstoppable power of your imagination.

It started out as a routine dig in Palestine. But soon you find yourself racing across the desert on a quest to track down a fabled ancient relic before the Nazis can get their hands on it. And that’s just the beginning. The Third Reich are mobilizing right across the globe, on the hunt for mysterious ancient Relics of Power, objects which could put unimaginable supernatural forces into the hands of the armies of darkness. And the only thing standing in their way is you. 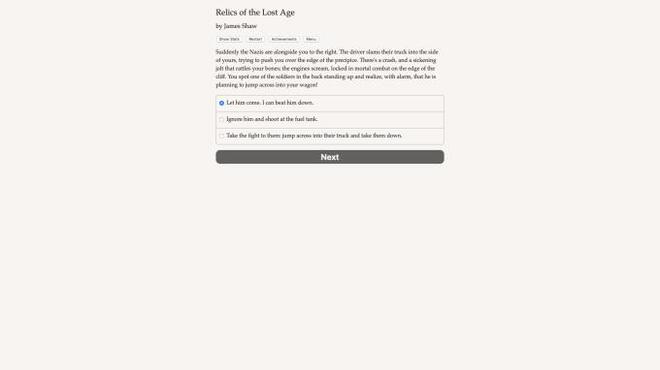 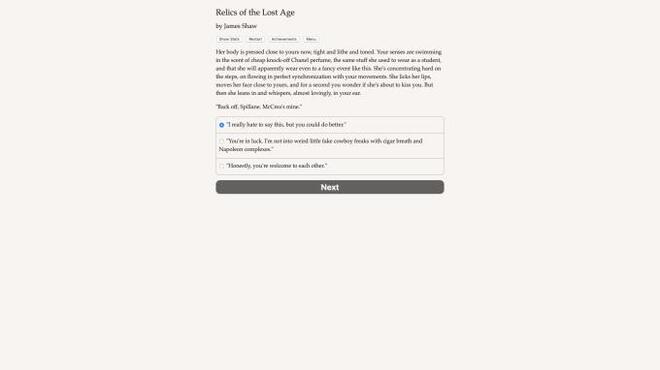