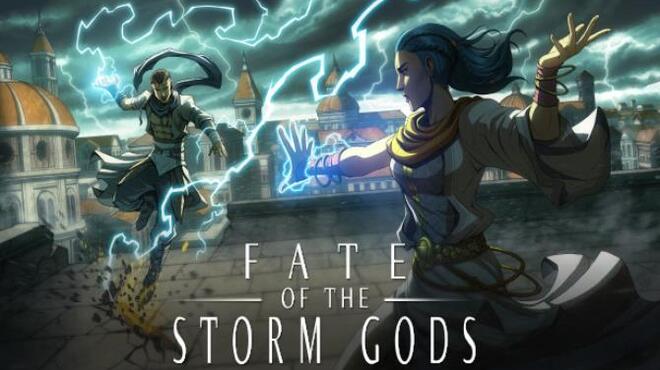 Harness wind, earth, fire, and all the forces of nature to destroy your enemies! Will you stabilize the broken magic of the weather, or revel in its chaos?

Fate of the Storm Gods is a 275,000-word interactive fantasy novel by Bendi Barrett. It’s entirely text-based, without graphics or sound effects, and fueled by the vast, unstoppable power of your imagination.

The world-below is the realm of humans: mundane, short-lived, often helpless creatures. But you are a Weather Builder—a resident of the upper-world, controller of all things atmospheric and a veritable Storm God! In your Workshop of the Westerly Wind at the peak of Mount Gion, you and the Master Builder regulate the weather in the Western lands.

When a desperate human royal climbs Mount Gion and breaches your workshop, you learn that the weather in the Southern lands has descended into chaos. Floods destroy whole cities in high-lying areas. Fertile plains deteriorate into desert within months. Furthermore, the Builders’ loyal automaton servants, the homunculi, are slaughtering humans without provocation. 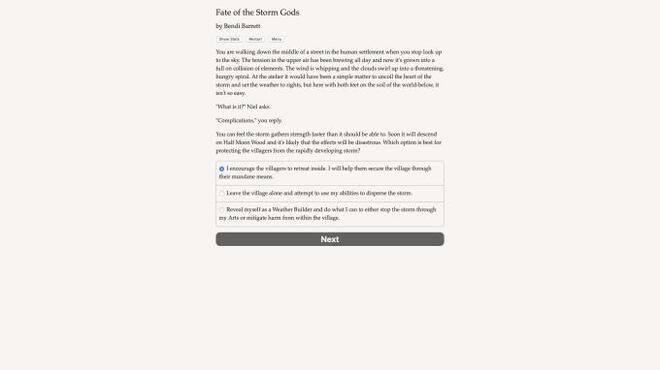 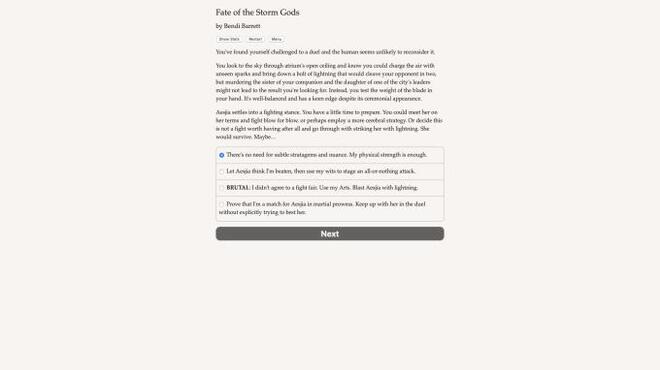